I once again took a few weeks off from posting here. My thoughts have been mostly with Lucius lately and I'm unable to show stuff from that yet. It's not really a good idea to show unfinished stuff from that.

In L3 we are mostly just concentrating on Animations now and the actual puzzles. Finalized version of the main player model is starting to be done and also the first 3 chapters are starting to be fully ready. Soon we will start doing some testing sessions.

As for Unintended. I've been starting to look into some key art and finally creating the last playable character.

Both are still a little WIP.

I wanna keep up with the style of weird hats, and possibly that's the reason why they will survive the sudden winter that strikes here.


Some key art also is in the works. Still working on it, but something like this I'm thinking I'll put on the Steam page. Still need to however do some work on it and try to bring forth the things that matter the most. 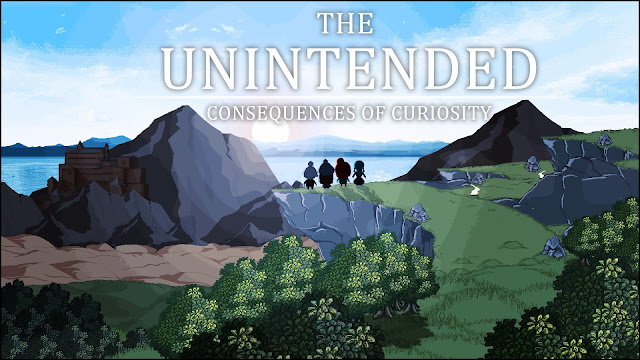 I think I still need to add some more of the game areas there. The windy city and the lava world.
It's coming a long. Maybe on the next post I will already have a Steam page ready so people can start wishlisting it and testing it through Steam :)

That's it for today.