Hello hello! Another week has gone by.  I've finally have my first iteration of a co-op mode. Two players working on the same screen. One is controlled with a Gamepad and the other with a keyboard.

There are still a lot of issues that need to be fixed on the whole ordeal. These are just the very first steps of the overall process. It currently supports four different players at the same time. There are still some issues with showing the players moving on the screen to their own directions.

Ideal thing would be, that each person will be able to travel freely from area to another without any restrictions. However, that will be much more difficult to implement on the current level change system. I'm also thinking of the possibility that you need to wait for the whole group to a single exit before they change area. I'm probably gonna try that first and see how it feels. If it feels too much, then I'll probably start working on the real system where you can travel freely.

I also made some sticky mud, that will catch the player and traverse them to their doom.

On a side note. I went to the theaters and watched Dr.Strange. I felt it was a great superhero movie. One of the better ones out there. It was very similar to the Matrix and everything was made very well. All the fractals and very clever humor was working for me. Definitely worth the trip.
I'll give it 8 of 10.

I finally released the Lucius Demake soundtrack in Steam.
http://store.steampowered.com/app/538460/


Lucius games are also part of the whole Halloween sale on Steam. If you don't have them already, get them now when they are practically free. 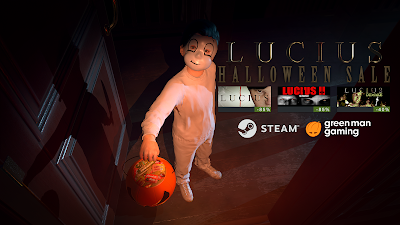 Until next week.
-Johannes


Hello Again.
So.. What happened during the week? Well I worked on Lucius mostly.  Hopefully I can start showing some stuff on that too. It's pretty hard to show anything when it's not 100% ready. I did manage to squeeze a couple of days of Unintended developing also. This week I mainly focused on improving some of the atmosphere in the game. Even though it's a fairly simplistic game, I still want the game to evoke some feelings when your are playing, and I want to give the feeling of awe from time to time.

It's not easy, especially when I'm not that talented of an artist.
I worked on a one significant cave mostly. It's the same cave where the pathfinding monsters are first met.   After the first room I wanted the player to arrive to a open pit area with some heroic music to let him know that he is now travelling a meaningful path. Could there be a boss coming soon?

Well maybe not just yet. Few mud based puzzles and perhaps then we can introduce our first boss. I'm quite happy how the background turned out, but I feel like there's still room for improvements in the overall area. I created couple of new songs during the week and I was fairly happy with this one.


In other news:
There were a lot of interesting announcements during the week. Nintendo finally revealed it's new console Nintendo Switch and a trailer for Red Dead Redemption 2 was also released. I've not owned a console for years, but now for a first time in a long time, I feel like I might buy one.
The new Zelda looks incredible and so did Red Dead Redemption. They also released a trailer for the Logan movie and that looked very interesting too.

Talking about movies:
I watched Captain Fantastic during the week and loved it. I think it's one of those better movies in a long time. It reminded me of Little Miss Sunshine for some reason.
I give it an 8.5 out of 10.  It was very good.

Another thing I watched was an old movie from 1987 called The Princess Bride. I've never seen this before and I was amazed. It was surprisingly watchable considering how old it was, and it had some cool scenes with very strange comedic and acrobatic acting. It featured "Andrew the Giant"who I've heard about a lot, but never actually seen him in a movie before. It was almost like a cross of Monty Python's Holy grail and The NeverEnding Story. They just don't make them like this anymore.
I give it an 8 out of 10.

Well.. I guess that's about it for now.
Have a good week and Play well.

Hello,
Today I'm gonna talk about the enemies in Unintended.
I wanted to avoid your basic hack-something-to-death style of gameplay as much as I could. So currently all enemies kill the player instantly if they hit you. It's possible that I will introduce later some health system depending on the feedback. Also I think there will not be any traditional weapons in the game, but rather just combinations of different tool usages.
For instance to kill this cute bunny you need to first freeze it and then hack it to pieces with a pickaxe.

One should not get fooled by their cute appearance. They are most certainly very deadly.

The bunnies have a very simplistic movement and are easily avoidable.
Same goes for this Mud Monster. He is not  killable at all, but you'll need to lure it to another area.

This week I mostly worked on some pathfinding solutions to get more interesting enemies done.

This will open up possibilities for something different. For instance the player can block these creatures to inside somewhere and trap them there.
I also created some caves with bats and stuff and they turned out nicely atmospheric.
That's what's been going on with this game. Hope there was something interesting here.
I'll be back in a week or so.

Hello Folks,
Another busy week. I've been doing quite a few extra hours at the office and Lucius stuff is coming along nicely. We are currently working on Lucius III, but haven't really given any official announcement yet. The script is fully done and most of our design is fully done. It's gonna be tight money wise to make it all happen, but we will try our best. I really like where the story is going and how it's all going to end. Lucius III is going to concentrate much more on the story and hopefully we will be able to give some real depth to the characters this time. 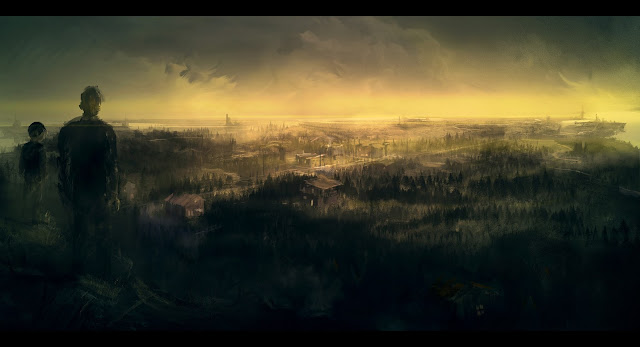 Mafia III was just released on Steam and it looks like it's getting raped with reviews. Currently it's
Mixed (55%) with 5,713 reviews. It's interesting that it's currently lower than Lucius II. After reading the reviews and watching some of the YouTube videos, I feel like it kinda tried to do something similar to Lucius II with a sort of similar result. I know they are not really comparable but it's interesting to see them battling with similar issues.  Basically I think they tried to add more freedom after making  a game that had a focus on the story. I guess they ended up with a lot less stable product with more bugs and also the story seems to have suffered a bit.  Frame rate locked to 30 and major crash issues seem to be the bulk of the problem. I felt like there were going to be some issues with the game when I was looking at the videos near the launch. Steam can be a rough place sometimes. On the other hand I'm glad to see Quantum break doing well on Steam. Congratulations to Remedy, our fellow Finnish colleagues.

There are certainly lessons here we need to also remember when releasing Lucius III.

I've been also working on some more  puzzles for Unintended. I created a complicated tunnel network where you need to solve different types of puzzles to get through. It ended up being pretty complicated overall thing. I had to create system for myself to keep track of all the entrances and exits. Here's a picture of a desert with some tunnel caves. 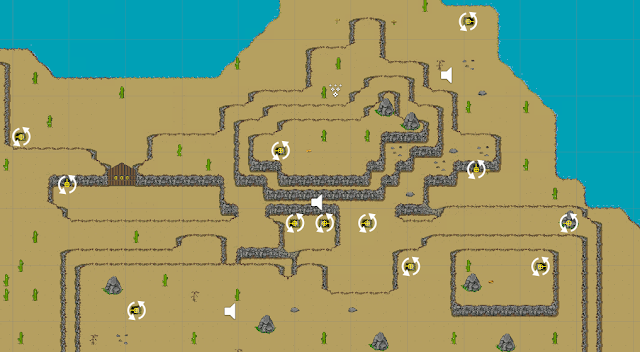 This is something what most of these caves have inside: 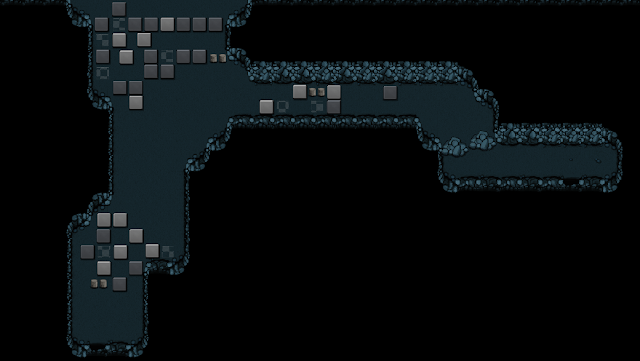 So.. that's something I guess. I would like to be able to use more time for this, but I need to prioritize Lucius overall and it's currently taking quite a big chunk of my time.

That brings me to my last point. We had some emails and messages about the Demake soundtrack and it's availability online. So I decided to release it on some of the major online music distributors.

It should be also available soon in Amazon, Deezer, Google and Tidal.
We are also looking into getting the soundtracks available in Steam. Not sure if people use those, but it doesn't hurt to offer it there too.

It's October and Halloween is coming. The Lucius games are going to be on many sales during the upcoming month and the first one is starting tomorrow on Steam. Hopefully they do well, so we can put more resources on the sequel.

That's enough rambling for one post.
See you in a week or so.

Hello,
Today I'm gonna show how I'm doing the characters for Unintended. It's a little unconventional method for a game like this.
My first version of the main character was hand drawn, and it looked like this.

I liked the look, but the animating turned out to be quite the ordeal. In the first village where the player starts the game has something like 8 characters. Animating all of them started to feel a bit too much for me to keep doing all by myself.  So I started to look on other options.

I ended up modelling a 3D version of the character and using the 3DS Max to animate the characters. I've done quite a bit of animating of characters for the Lucius games, so this was a much more efficient way for me to get it done.

After I got this modeled and animated version of the character, I then proceeded to render it to sprites and use only a certain frames for the animation. I also worked on the materials a bit to get them look more fitting for the game. This is how the character now looks in the game.

I'm pretty happy with it. It's still noticeable that it's not a hand drawn character, but I can live with it and hopefully so can the players. This ends up saving a ton of time for me and I can use that time to create more meaningful content for the game.